The largest collection in the museum is the Allan Moses Bird Collection. There are 18 cases containing 300+ different species of birds, most of which can be seen on the Island. Allan Moses of Grand Manan was one of the most prolific taxidermists of his day. In 1953, he bequeathed his collection to the children of Grand Manan. While on an African expedition with Mr. J. Sterling Rockefeller, Mr. Moses described the problems for birds in the Grand Manan Archipelago. This resulted in Mr. Rockefeller purchasing Kent Island in 1930, and making it a Bird Sanctuary. In 1935, Mr. Rockefeller turned over Kent Island to Bowdoin College of Brunswick, Maine for use as a Scientific Station. Mr. Moses has been credited for the amazing comeback of the Eider Ducks and their breeding ground on Kent Island.

The Moses family arrived on Grand Manan in 1872, one year after the last Labrador Duck had been shot in Canada.  They came at the peak of the scientific collecting era, when scientists were busy everywhere collecting and documenting species before it was too late. Three generations contributed to the famous bird collection, which added so much to the knowledge of birds of southern New Brunswick.

Originally housed in a private museum on Allan Moses’ property in North Head, the collection was moved in 1951 to the basement of the Grand Harbour High School.  In Canada’s centennial year, 1967, it moved once more, just across the road, and became the founding collection of the Grand Manan Museum.

The exhibit contains over 300 stuffed birds in 18 cases, making it one of the largest collections in Canada. All of the specimens were collected either on the islands in the Grand Manan Archipelago, or in its surrounding waters. Many of the song birds were collected from the bases of lighthouses which they would fly into at night and during migration. 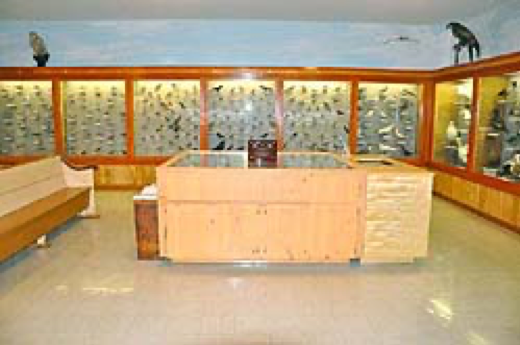 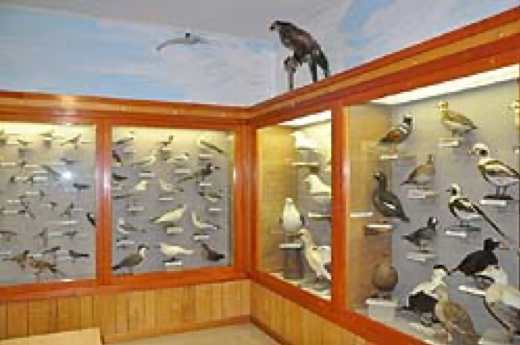 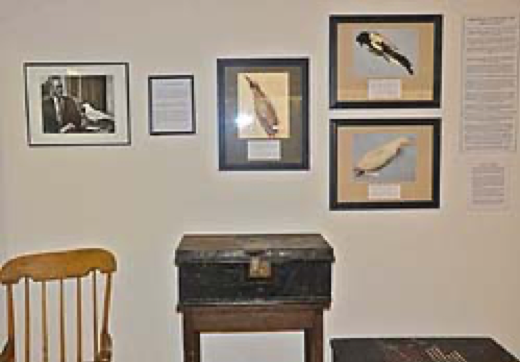 The biographical displays on the donor, Allan Moses "The Birdman of Grand Manan" 1881-1953.

The biographical information is complemented by the NFB Film: "Eye Witness No. 49", has a segment on "Alan Moses: Bird Man of Grand Manan", available on the Gallery's touch screen. (Available soon) 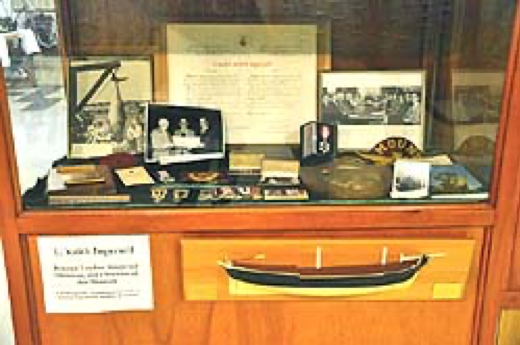 Museum founder L. K. Ingersoll Display: A well-Known author and teacher, L. K. Ingersoll's Medal of Canada, war medals, awards, presentation papers & photographs, documents and a selection of the books he has written are on display.

Central display case on the arts & science of bird preservation, including the famous "Kent Island and the Albatross" story of Grand Manan; Moses' family history and information and artifacts about his two African safaris in the 1920s (a story connected to the albatross); a fully annotated listing of the complete Collection, including those specimens donated after Moses gifted the main body of work; other resource books; binder showing photographs of the bird carvings and decoys of Lincoln Harvey. 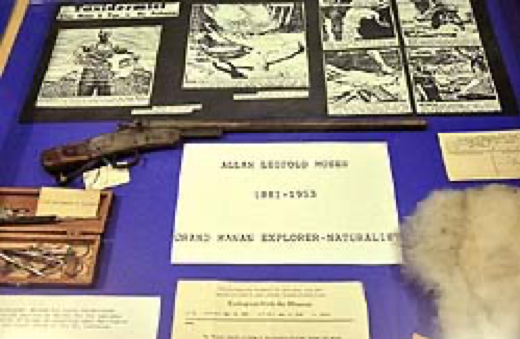 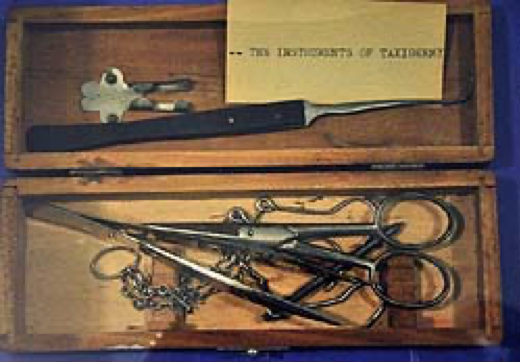 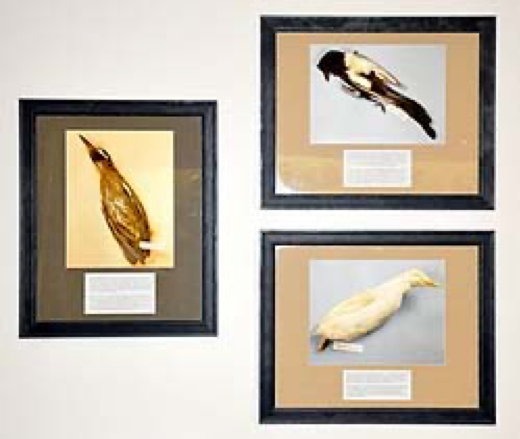 Display of "skins", another preservation/display technique for birds. 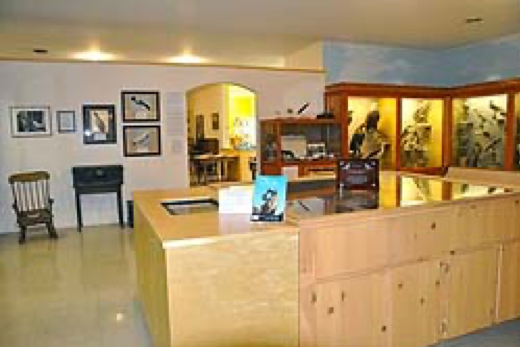 You can also view the NFB Film: "Eye Witness No. 49", which has a segment on "Alan Moses: Bird Man of Grand Manan". (Available soon) 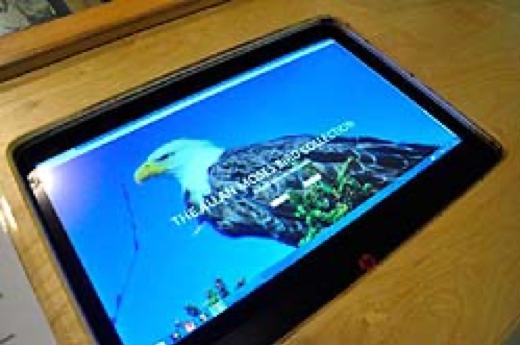 New in 2014: Touch screen listing of all birds within the main cases, including imagery, descriptions & related bird calls.