The Grand Manan Archipelago has many small islands, dangerous ledges, strong tidal currents and eddies, and frequent fog and seasonal storms.  Even with lighthouses, there have been hundreds of recorded shipwrecks around the island since the early 18th century.

In this gallery you will read about a famous shipwreck – The Wreck of the Lord Ashburton in 1857.  You will also read the story of James Lawson, one of its few survivors, and of the heroic rescue of the victims of a much smaller shipwreck in the 1960s.

We also tell the story of Eric Allaby, an underwater archaeologist, talented marine artist, author, and former fisherman, MLA, and Director of our Museum.  Between the late 1960s and 2000 Eric mapped the hundreds of shipwrecks around the island and salvaged from many of them.  Salvage from the wreck of the Queen, the Wallace, The Lord Ashburton, the Hada County and others are on display, along with diagrams, photos, maps and paintings.

Shipwreck China:  The 1841 Wreck of the Queen 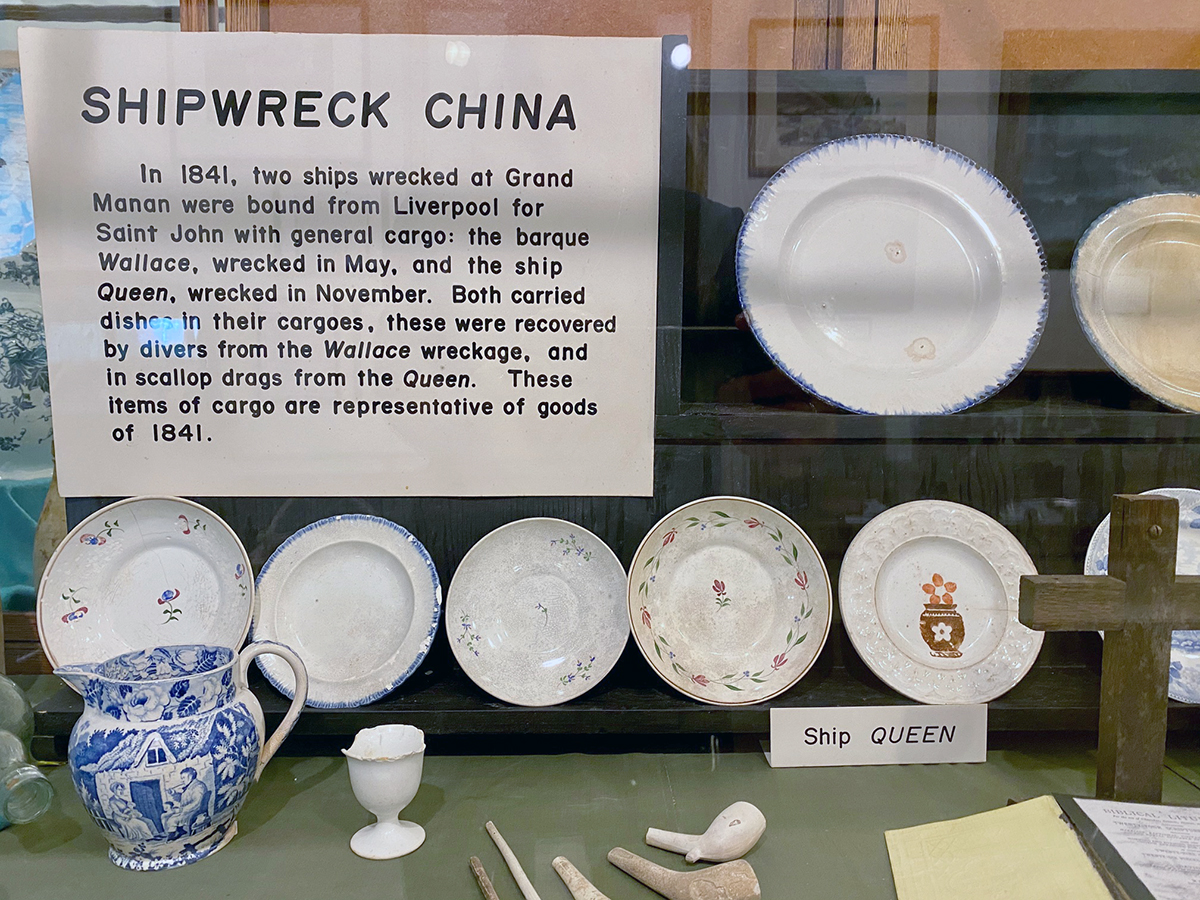 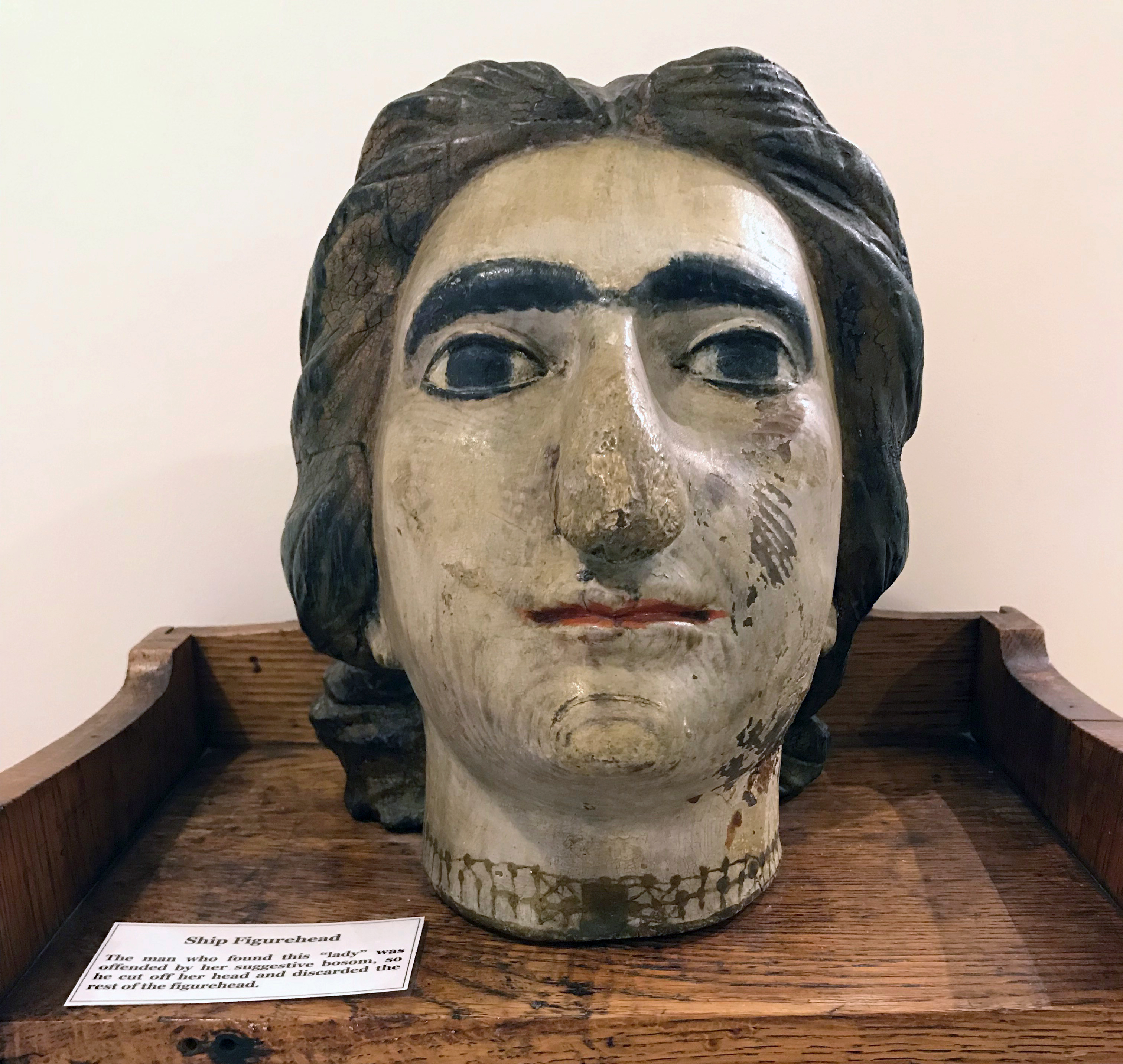